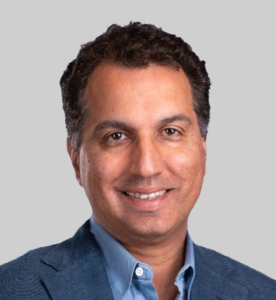 Sandeep has more than 30 years of experience across healthcare, medical devices, and technology. Sandeep has an extensive background in healthcare technology, data analytics, capital raising, M&A, market development, mobile platforms, legal, quality, and regulatory compliance. He specializes in ventures that improve patient’s quality of life through data and technology. Prior to Profusa, Sandeep was the Chief Executive Officer of Cardian, the Vice President of Development for St. Jude Medical (Cardiomems, Inc.), and Sandeep was the Chief Operating Officer and Chief Financial Officer of CardioMEMS, Inc. where he played an essential role in negotiating transaction company sales valued at $450M.  Sandeep graduated with a Master of Business Administration General and Finance from Emory University Goizueta Business School. He also received a Bachelor of Science in Finance from Auburn University. 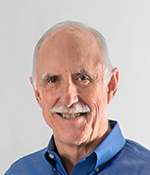 Bill was the initial driving force to start Profusa, he built the company road map, enlisted top talent and secured seed funding. A co-inventor of Profusa’s biologically integrated sensor and optical reader, Bill is a biotech pioneer whose career has spanned more than three decades in the development of next-generation diagnostic and medical device technologies and products, the last 20 years as an entrepreneur. He was the co-founder and Senior Vice President of R&D at Cepheid, Inc. (NASDAQ: CPHD), a global leader in developing and commercializing easy-to-use molecular diagnostic products. Bill earned a B.S. in Chemistry and an M.S. in Microbiology from San Jose State University and later became a certified public health microbiologist before moving to the medical technology industry. 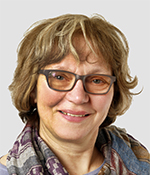 Kerstin is responsible for developing and executing Profusa’s Medical and Clinical strategies. Dr. Rebrin is a seasoned physician-scientist with clinical and research experience in the field of diabetes and other metabolic diseases. She is known for her pioneering translational research toward an artificial pancreas introducing continuous glucose sensing and therapy algorithms based on glucose monitoring for various routes of insulin delivery. She is highly competent in end-to-end development of class II and III sensing and drug delivery devices and executing clinical development strategies for product registration and market introduction in various jurisdictions. Before joining Profusa, Dr. Rebrin led projects and teams in small and large medical device companies: Medtronic MiniMed, Abbott Diabetes Care, MicroChips, Becton Dickinson and Roche. Dr. Rebrin received her medical degrees and education from the 2nd Medical University “N.I. Pirogov”, Moscow, Russia, the Medical University of Lübeck, Germany and the Institute for Diabetes “Gerhardt Katsch”, Karlsburg Germany.  She came to the United States for postdoctoral work at the University of Southern California. 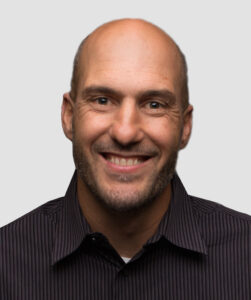 Phil Constantinou comes to Profusa with 25 years of experience leading software organizations. Most recently he led the software, data science, and product teams at Sano, which created a non-invasive continuous glucose monitor for consumers. He’s also launched consumer electronics projects with revolutionary optics, computer vision, and user experience.
Phil was part of the founding team at Evernote where, for eight years, he developed mobile, desktop, web, and cloud infrastructure that grew to serve more than 200 million users winning countless awards including the Apple Design Award and Best Mobile App.

Phil’s experience with medical systems and digital health includes running software development for the Stanford Medical School where his team integrated clinical and research data from the hospitals and provided a platform to aid translational research. Early in his career, Phil worked with a team of clinicians and health educators from the Stanford Center for Research and Disease Prevention to create an online diabetes management system that provides tools for case managers to monitor patients’ blood sugar, diet, and other risk factors. Phil graduated from Stanford University with a degree in Computer Science. 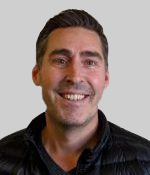 Sean has 20 years of Government accounting and contracting experience, as well as extensive operations experience in consumer electronics, medical devices and drug development. Most recently, Sean was a co-founder and COO of MIODx, a company focused on immune repertoire profiling to predict patient response to immunotherapy regimens. At MIODx, he played a key role in acquiring the technology, aligning the partnerships and collaboration strategies, and raising venture capital to develop the company and technology. Prior to that, Sean was the VP of Government Operations and Controller for Cellerant Therapeutics. At Cellerant, Sean was responsible for running the accounting and finance operations, including the successful implementation of a compliant government accounting and EVMS program which helped to win a $180MM program from BARDA for the development of a medical countermeasure. 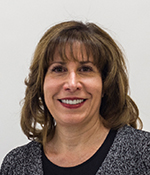 Joan Braddi leads Google’s Global Product Partnerships team. She is responsible for building and managing the content and distribution partnerships that get Google’s products into the hands of users all around the world. A Googler for 15+ years, Joan has spent her career in the business organization previously working on all Search Services for Google as well as Global Partnerships that span across the company. 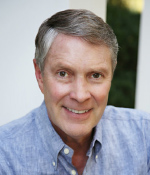 Senator Bill Frist is a partner and chairman of the executive council of the health services private equity firm of Cressey & Co. He serves on the boards of the Robert Wood Foundation and Kaiser Family Foundation, among others. Additionally, he serves on the boards of AECOM, Select Medical Corp., and Teladoc. The former U.S. Senate Majority Leader, he represented Tennessee in the U.S. Senate for 12 years, where he served on both the Finance and HELP committees, and he was instrumental in the passage of the 2003 Medicare Modernization Act. Dr. Frist is a nationally recognized heart and lung transplant surgeon with more than 20 years of practice in clinical medicine. He founded and directed the Vanderbilt Multi-Organ Transplant Center, where he performed over 150 heart and lung transplants. He also co-founded Aspire Health, the country’s largest non-hospice, community-based palliative care organization. 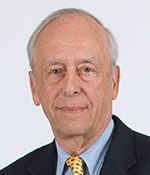 Mr. Gutshall is co-founder of Cepheid, Inc. (NASDAQ: CPHD) and served as its first CEO, and as Chairman of the Board from August 1996 to February 2013. He was formerly President and COO of CV Therapeutics in Palo Alto. Prior to joining CV Therapeutics in 1995, he was Executive Vice President at Syntex Corporation and a member of the Pharmaceutical Executive Committee. His responsibilities included Syva Company, Syntex Agribusiness, Pharmaceutical and Chemical Operations and Services, Syntex Pharmaceutical Intl. Ltd., and Environmental Health and Safety. Mr. Gutshall also serves as a Director of Silver Bullet Therapeutics and Profusa. 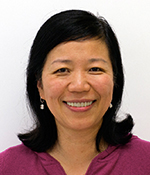 Dr. Karen Liu has been an active healthcare venture investor since 2005. She is a founding partner of 3E Bioventures Capital, a healthcare focused venture investment firm which invests in innovative therapies and disruptive new device and diagnostics resulting from cross-disciplinary innovations.  Since inception in 2015, 3E Bioventures has invested in more than 60 companies in and outside of China, including: Cytek, Twist, C4 Therapeutics, Oncolmmune, EyeBright Medical, Avirmax etc. Prior to 3E Bioventures, Dr. Karen Liu was a partner at Kaiwu Capital and a Managing Director at CRCI Capital.  Dr. Karen Liu received her Ph.D in Immunology from Harvard University, and Bachelor of Sciences degree from Cornell University.

Andrew Ng is a Managing Director of VMS Group, a Hong Kong based multi-strategies investment group. He is responsible for VMS’ healthcare investment practice. Prior to VMS Group, Andrew was the Head of China Healthcare Equity Research at Barclays Capital. Before that, he was an investment banker at Barclays focusing on cross-border healthcare M&A and was a management consultant at ZS Associate in the United States advising global big pharma on sales & marketing strategy and operations. Andrew received an MBA from INSEAD and holds a MEng degree and a B.S. degree in Operations Research & Engineering from Cornell University.